Cataract Symptoms and Causes: When Should I Go to the Eye Doctor? 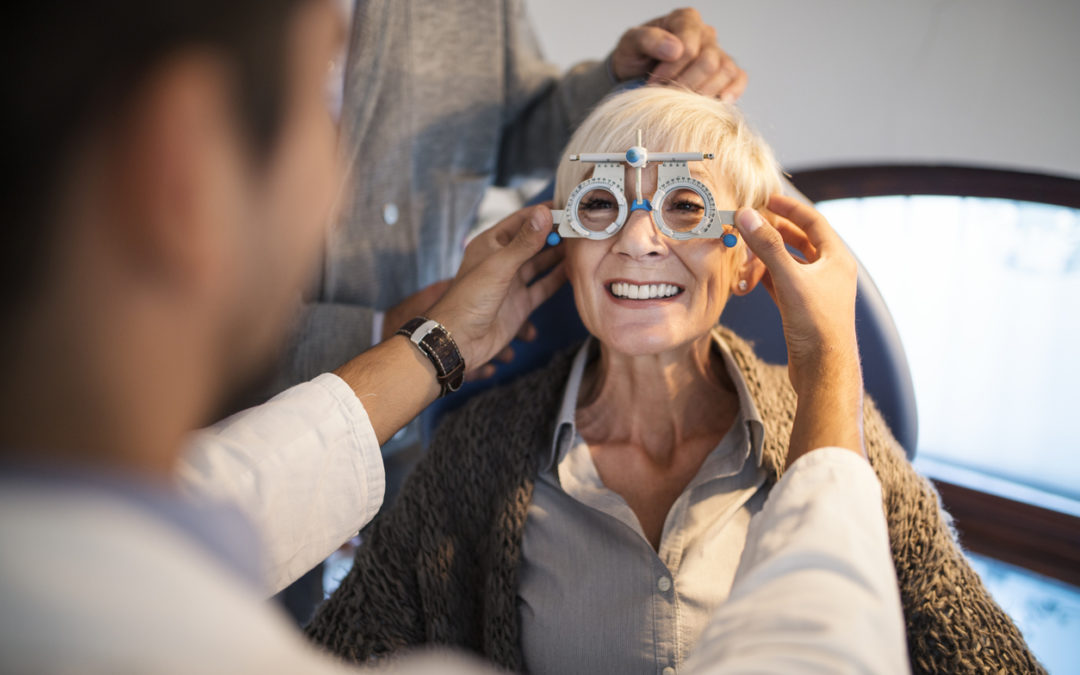 As you age, it’s normal for your eyes to change. Nearly every person over the age of 50 develops farsightedness and needs reading glasses.

But some other changes to your eyes might be cause for concern. The most common one is cataracts.

If left untreated, cataracts can interfere with your vision, making it difficult to see and hindering your quality of life. If they get bad enough, cataracts can eventually lead to blindness. Luckily, there are many ways to treat and cure cataracts — you don’t have to live with compromised vision forever. And the ophthalmologists at Eye Care Center of Northern Colorado specialize in removing cataracts and restoring your vision.

Learn what causes cataracts, what cataract symptoms look like, and what your options are for treatment.

Inside of your eye is a rounded disc behind your cornea called the lens. Your lens focuses light rays, allowing you to see. In the case of cataracts, a natural protein in your eye builds up, making the lens cloudy. When cataracts progress enough, they become visible to someone looking at your eye.

The most common cause of cataracts is age. But besides that, there are some other risk factors that make cataracts more likely:

You can go a long way in preventing cataracts by keeping yourself healthy.

If cataracts have already developed, there are a few different kinds that might be impacting your eyes.

Not all cataracts develop in the same way, and not all are related to age. Here are seven of the most common kinds of cataracts.

In the middle of your lens in each eye is a lens nucleus. This is the part that receives light.

When the nucleus hardens or gets cloudy, a nuclear sclerotic cataract has developed.

Nuclear sclerotic cataracts might start in one eye, but will likely eventually develop in both.

When a cataract develops along the edges of your lens and moves inward, it’s likely a cortical cataract.

As they develop, cortical cataracts interfere with light trying to reach your eye.

Posterior subcapsular cataracts affect the back of your lens.

Posterior subcapsular cataract symptoms include seeing glares or halos around lights at night, having difficulty reading, and having difficulty seeing clearly in bright light. These tend to progress more quickly than other kinds of cataracts.

Most cataracts are age-related, but not all. People with congenital cataracts have them from birth, and some children develop pediatric cataracts.

Congenital cataracts are usually genetic, but they are sometimes caused by an infection or traumatic injury during pregnancy. They don’t always affect your vision.

When cataracts develop as a side effect of a medication or disease, they’re known as secondary cataracts.

Sometimes a traumatic injury to the eye can cause cataracts to develop. In some people, cataracts form even years after the initial injury.

A rare side effect of radiation treatment for cancer is the chance of developing cataracts.

Radiation cataracts are most common when the entire body or upper body has received radiation.

Sometimes it can be hard to tell if changes in your vision are due to cataracts or something else.

If you’ve noticed some of these symptoms, you’re not doomed — there are a few different treatments and cures for cataracts.

At Eye Care Center of Colorado, we offer a few options for treating cataracts.

When cataracts are still minor, you might be able to get a prescription for glasses or contact lenses that clears up your vision.

If your cataracts have gotten worse and continue to interfere with your vision, it’s worth considering surgery. Cataract removal is one of the most commonly performed surgeries around the world, with success rates of at least 90%.

The procedure involves removing your cloudy lens and replacing it with an artificial one, restoring your vision in just a few minutes.

If you’re wondering when to have cataract surgery, make an appointment with Eye Care Center of Northern Colorado to discuss your treatment options.

How Do You Know if You Have Cataracts?

The best way to know for sure if you have cataracts is to see your eye doctor at Eye Care Center of Northern Colorado. We specialize in taking care of patients with cataracts, whether they’ve developed from glaucoma or other risk factors.

We’re happy to provide answers to all of your questions during an exam and help you correct your vision issues.

Even before you make an appointment, you can take our cataract quiz right from home to see if your symptoms could be caused by cataracts.